Force is right below Sram’s top-end Red group set. Any Sram branded 22 is their 11-speed version. Currently they have Sram Red, Force, and Rival in 11-speed compatibility.

Performance: shifting compared to the old 10-speed force is a lot faster and way more crisp. The shift levers take less power and action to get it up or down the gears with the double tap levers. The ergonomics and shape of levers have changed as well. The levers are a little bit longer, so it will throw your hands out a little bit farther.

The brakes are one category that hasn’t changed much from the old Force brakes. They are basically last generation’s Red calipers, so they are a little bit lighter. The Force crankset is stiff and use the new style Sram Red rings, which are a little bit heavier than last years, but are stiffer and improve shift quality. 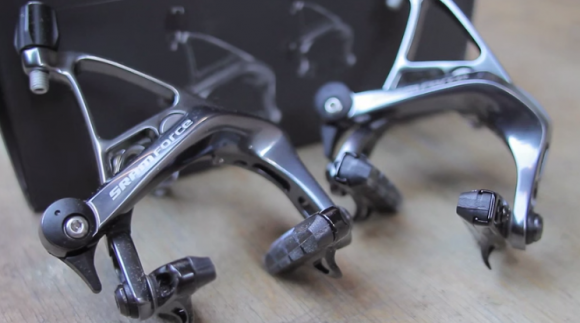 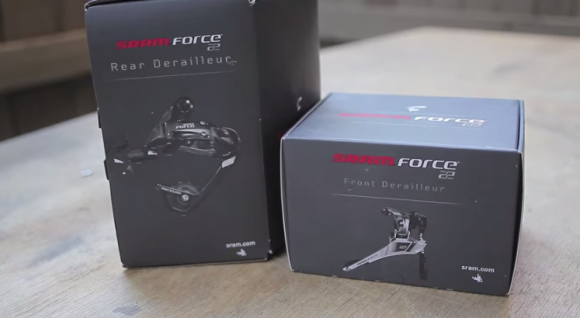 Cosmetics: Sram always delivers a fresh and clean look with their group sets. UD carbon across the board as far as any carbon materials that are used. It also has simple, light graphics that don’t call attention to themselves.

Installation: Sram Force 22 is like installing any other group set on your bike. If any advice, it would be to make sure you take your time with the front derailleur. It has a very different way to set it up initially.

Compatibility: Let’s say you have a 10 speed bike and want to upgrade it to an 11-speed. You will need a wheel set that accommodates that. If you want to save money, you don’t actually have to change your crankset or brakes, even though Sram may hint at it. The only things you really would need to change are the shifters, both derailleurs, a cassette, and a chain.

Price: the full group set can run upwards of close to a $1000, but you can upgrade in pieces and only buy certain aspects which can save you some money.

Overall, these are great for someone interested in a performance group set that is lightweight and won’t cause you to break the bank like Sram Red would.