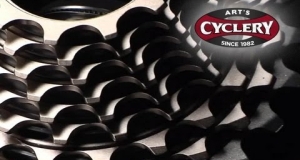 We all knew it was coming, but the XG-1090 cassette is better than we could have imagined. Super light, super durable, and extremely quiet, the... 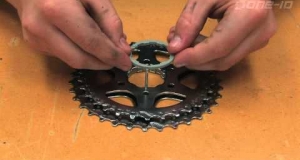 To improve the performance and life span of a cassette it is important to clean it manually. After removing the cassette from the hub, flip it over, and remove the screw holding the stack together... 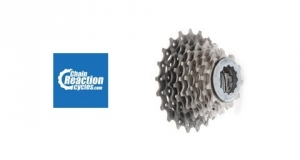 The Dura-Ace line offers a great combination of durability and lightweight performance. It is available in 8 different sizes from 11-21 up to... 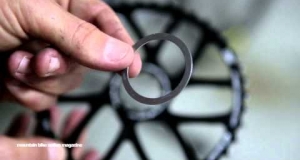 Install a 42-tooth Sprocket on a 10-speed Cassette

One Up Components 42 Tooth Sprocket:

This is designed for SRAM and Shimano’s 10-speed drivetrains, which use 11t-36t cassettes. 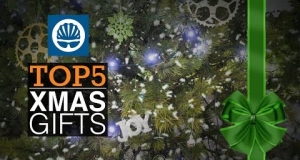 1- GoPro Hero- the GoPro has become eponymous in the world of wearable camera technology. As of 2014, you can now buy a GoPro without breaking the bank... 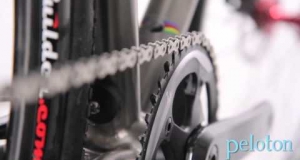 1x11 groups, with 1 chain ring in the front and an 11-speed cassette in the back have gained wide popularity in all styles of mountain... 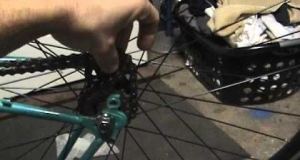 Rotafix is a technique for tightening or loosening a cog without a chain whip.

Why Roafix? Because standard chain whips do not fit 1/8” cogs, and you get the... 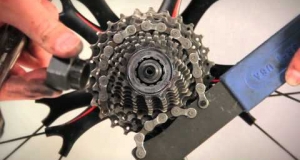 How to Inspect, Remove, and Install a Cassette

How to remove and install your cassette:

For this job you will need the appropriate cassette lock ring removal tool, an adjustable crescent wrench, and a chain whip. 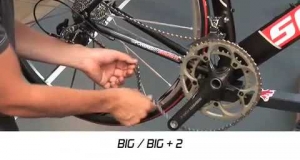 How to Install a SRAM Bike Chain

Chains are where you can get a lot of grit and just plain dirtiness accumulating so it’s something you should clean and maintain on a regular basis. If you need to install a chain, remember to get... 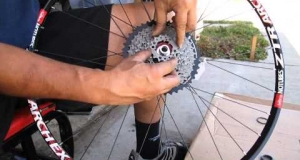 We're going to install the 42 tooth giant cog from Wolf Tooth Components. The cog in this video is for a Shimano cassette. We're going to replace the 17 tooth cog and spacer from the cassette and... 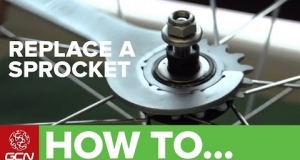 If you ride a track bike or single speed bike you've only got one option when it comes to gearing, but what if you want to gear down or gear up? You have three choices.... 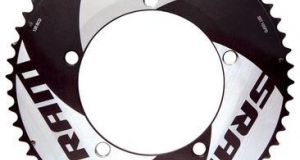 Officially launched in 1988, Sram is a relatively young company with a lot of design ingenuity and the original maker of the Grip Shift. They’ve been making their way up through the bike component... 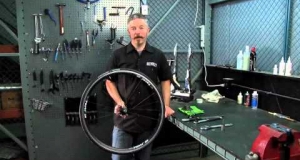 How to Remove and Install a Shimano Cassette

First things first: a freewheel is not a cassette. There are several differences between the two. In a cassette, the ratcheting mechanism is part of the hub and is integrated, not screwed on. A...

Just in case you mtb-ers thought I forgot about you, think again.

Here’s a look at all the component groups for mountain bikes that Shimano has out, starting from the bottom up. 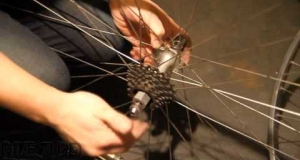 How to Remove a Bicycle Freewheel, Even a Stuck One

Tutorial on how to remove a freewheel from a bicycle wheel. 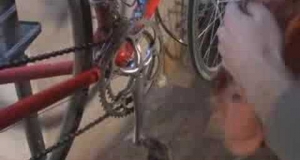 How to Clean & Lube your Bicycle's Drivetrain

A man and his rag: In this video we give you a quick overview of how keep your bike in superb running condition by keeping your drivetrain (i.e. cassette, chain, chain rings, dearailleur) clean.... 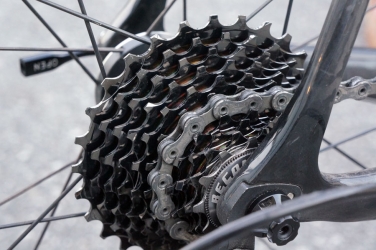 A cassette is a cluster of steel sprockets ranging in size that provides the bicycle drive train with a variable range of gear ratios. It transfers power received from the chain to the freewheel or the hub. A larger cog will engage more links of the chain, allowing for more torque climbing up hills or accelerating, but it will have a lower top speed due to the distance the chain has to travel for one rotation. On the other hand, small sprockets will turn more rotations for every cycle of the chain, meaning a higher top speed but less power for acceleration. Cassettes vary widely in the number of sprockets, sprocket sizes (gear range), sprocket spacing, and hub and freewheel compatiblities. This diversity comes from the many different styles and functions of all bikes.

For instance, BMX bikes don't change speed (and therefore gears) very often, so only 1-3 sprockets are usually enough to cover the effective range needed to comfortably accelerate. However, road cycling and mountain biking require the drive train to stay in a usable power band for the rider at all times, whether climbing steep hills or zooming through straightaways. This means many sprockets, large to small, usually anywhere from 7-11 speeds.

The Compatibility Factor: The form in which the cassette works with the hub/freewheel is a melting pot of mechanical designs.

Once upon a time all bikes used standard hubs with standard threads for standard freewheels fit for standard cogs. If different gear ratios were desired, or new cogs were needed, all parts could be interchanged without question. And then the late 1980's happened.

Shimano designed a brilliant new component called the Freehub, which was just a combination of the freewheel and the hub. It saves on weight, simplifies replacing cogs, and completely eliminates removing the ratcheting mechanism.

Some time later, Shimano designed the "hyperlink",  which allows for the chain to be engaged with 2 sprockets simultaneously while shifting. It requires special cogs with ramps to be aligned together, but the result was smoother, quieter shifting than ever before.

One problem with these developments is that some companies hold on to their patents like children with candy. With their parts now obsolete and incompatible, other companies such as Campagnolo were left to make their own similar designs. These, along with similar instances with other components (see BB30) resulted in divergence among bike component companies.

"But BikeTube, surely there isn't a problem with having different systems of cassettes and hubs, as long as it works right?"

Not unless you want to customize, or need to replace some cogs. The big takeaway is that you need to be careful of compatibility when choosing new cassette components. And don't call me Shirley.

Maintenance difficulty (5/10): There will be wear and tear on the cogs throughout the life of the bicycle. Keeping the cassette clean and the chain properly lubed will ensure better shifting and longevity, but the teeth will wear down. Removal of the cassette is different with many systems, and will require a freewheel/lock ring removal tool, and a chain whip.