How To Service A RockShox Reverb Dropper Seat Post

Tools for the job

2.5 weight suspension fluid
Torx keys
Reverb bleed syringes
Paper cloth
Degreaser
It’s important to note that Reverb dropper posts require a specific 2.5 weight hydraulic fluid that’s not the same as brake fluid. So make sure you purchase the right product – it will come as part of a bleed kit though.

How to bleed a RockShox Reverb dropper seatpost

Fully extend the Reverb, then adjust the angle of the bike so that the actuator is higher than the top of the post – you may find this easier to do if you clamp the bike in a workstand.

Fill one of the syringes three quarters full – hold it upright and gently push the plunger to remove any air bubbles. 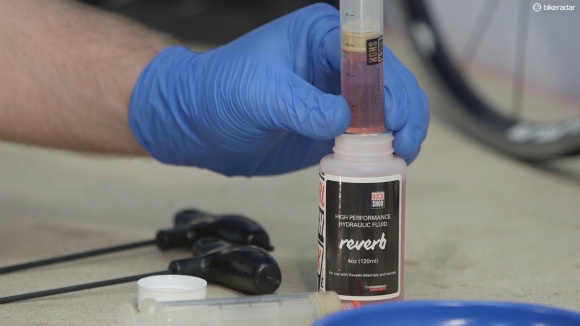 Hold both syringes bottom-up and gently push on the the one with fluid in while easing the plunger on the other one out.This forces any air that is present in the system into the empty syringe. 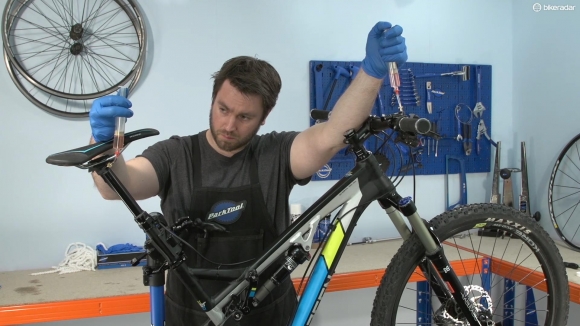 When you have emptied the syringe on the actuator side, unscrew the now-full syringe from the seatpost, give it a tap and remove any air from it. Screw it back in and push the fluid back through the system as before, pulling up on the syringe that is being filled.

Again, make sure the syringes are upright – cycle the fluid between them until there is no air flowing in as you pull the plunger out.

Turn the speed adjuster fully to the fast (or '+') position, then back to slow – repeat this three times and leave in the fast position (or '+') direction. Again, pull up on the plunger to remove air.

Clean up any oil with paper cloth and degreaser, and return the actuator to the desired position on the bars.