Single Pivot brakes have gotten a bad wrap from the big three. While small companies like Ciamillo have long preached the benefits of the smaller brake style, most people weren't convinced. That is now changed. 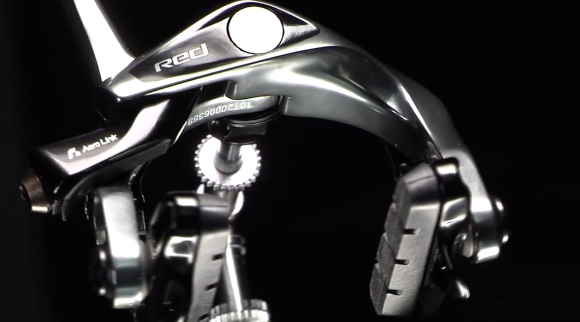 Sram has embraced the single pivot idealogy, and it's little wonder why. The 2012 Sram Red Aerolink brakes champion many of the features commonly found on high-power single pivot designs. They have more modulation, more power, lighter weight, and feature a smaller profile that hides from the wind better. The secret is Sram's Aerolink arm (similar to Ciamillo's cam advantage). This arm multiplies brake force as it moves, creating a brake that has loads of power when it's needed, and great modulation when it's not. The lack of a second pivot results in a smaller body and consequently lighter weight, so it really is the best of all worlds. 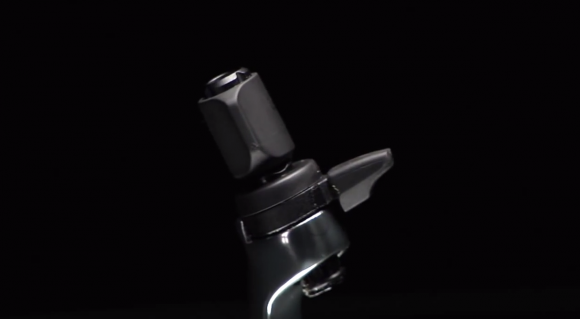 The recent trend toward wider rims is also accounted for in the Red AeroLink brakes. With a maximum width of 31mm from pad to pad, the Red Aerolink brakes can easily accomodate 28c tires and the widest wheel designs from Zipp and Hed. Lastly, the new Sram Red Aerolink brakes are backwards compatible, which means that whether you're riding 2012 Sram Red, 2010 Sram Red, Force, or even Apex, you can enjoy the Aerolink benefits.