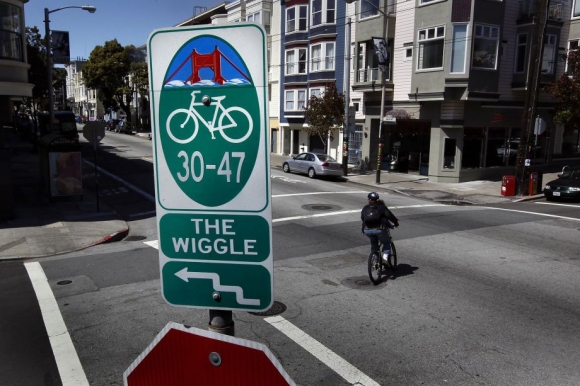 In any city there's an unending battle between motorists, cyclists and pedestrians, who all think the others are a complete nuisance. In San Francisco that situation continues to escalate as the SFPD took it upon themselves crack down on cyclists for minor infractions, all while people shit on the streets with abandon throughout the rest of the city.  Ticketing cyclists might not be the best use of resources.

For anyone who rides or commutes by bike regularly you know the situation I like to call "the Dance". The dance occurs when a bike and a car come to an intersection at the same time. Motorists are conditioned to expect a cyclist to blow the stop sign, because it's what we do. However, in a city like San Francisco where the SFPD is stepping up enforcement of cycling related violations, there is incentive to actually stop at the stop sign, especially when the department is openly hostile toward cyclists.

The problem is motorists don't expect this so it becomes the dance, and I'm not talking about the awesome Garth Brooks song. Have you ever been walking toward someone on the street and you both keep turning the same way until awkwardly running into each other?  That's what happens at the intersection if you make a full stop as a cyclist.  You'll try to wave the car through, they'll try to wave you through, and on it goes until you both want to road rage the shit out of each other, except they have a car, so you lose.  That's why the yield law makes sense.

To Yield or Not to Yield, The Precedent

There is a way out, and it's been tested.  For the past 32 years Idaho has implemented a law that allows cyclists to treat a stop sign like a yield sign, which is pretty much what we all do already and most drivers do too.

When Idaho passed a similar law, collisions involving cyclists were down 15% the next year.

This takes away the guessing game for both sides making it a great compromise. Motorists know what to expect from cyclists and cyclists know what is expected.  Everyone is on the same page.  No more awkward "you first, no you first, no YOU!" at intersections.

San Francisco residents thought a demonstration was the best way to get their point across and organized a ride where every cyclist stopped completely in on popular stretch of road for cyclists in SF called "The Wiggle". 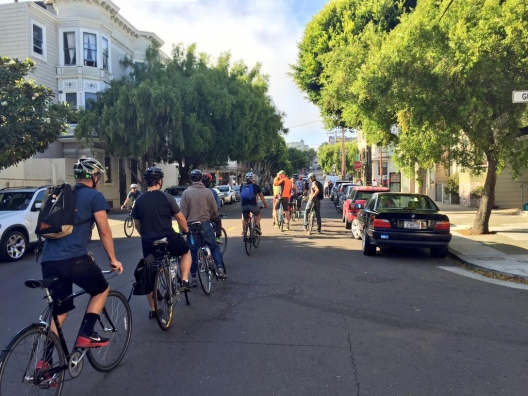 At least 100 cyclists lined up single file along The Wiggle now. pic.twitter.com/6S2eDjni5B

The Yield law has been proposed for San Francisco, but unfortunately, the mayor of SF doesn't regularly ride a bike in the city and promises a veto.

We’re a great city for first amendment voices. I’m willing to listen to them. But I’m going to always say everybody’s safety has to be the number one priority. I’m not going to be bending to interests that simply want to disregard public safety. That’s not what our city should be doing. 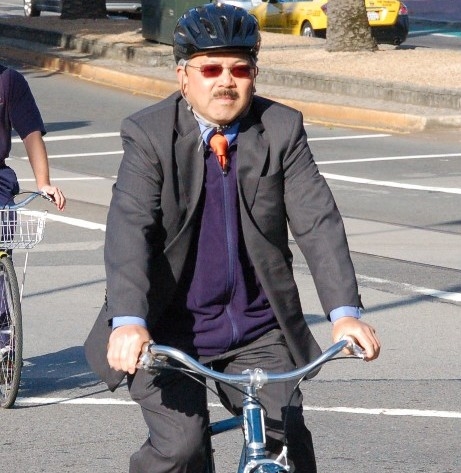 There is still hope if 8 of 11 SF supervisors support the bill it will override his veto.  For more info on the Idaho bike law checkout this Bike Portland and SF Bike Coalition articles.  I'll leave you with this quote from a Boise, ID police corporal Tom Shuler:

“If you rode a bicycle in Idaho, you’d say, ‘Wait, the rest of the world doesn’t do this? This is ridiculous!’” 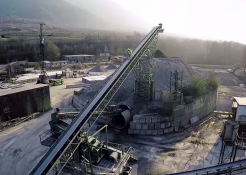