I’ve been researching the cargo bike and like most everything in the bike world, there is quite a bit to choose from. Seeing as that there was a wide variety of all sorts, I’ve grouped this list up and am featuring here the cargo bike with a wheelbarrow-like bucket in front or on the sides (like panniers). Just so all you Bullitt fans don’t get mad at me.

The bucket is pretty interesting and, in the some of the models, is an option to carry children in. I’m not much of a fan of the child seat in the back and this looks much more stable, with a lower center of gravity.

I can’t imagine eating pavement with your kid is too fun, for either party.

The cargo bike is relatively unknown in the States, as it is more of a European thing. However, you can’t deny the practicality and considering the crappy diets and lack of exercise that seem to plague a lot of households, it is a needed change in the way we look at transportation.

So I’ve got the list, alphabetically in order, as always:

Babboe – This Dutch company has tricycle and bicycle options for all your cargo needs. Influenced by the fact that an affordable cargo bike was steadily rising in demand, the “bakfiets” (“tricycle” in Dutch and refers to the traditional Dutch cargo bike) was restyled and revamped. They come in either 5 or 7 gears and are weather proof and sturdy, with mudguards and chain covers so you don’t have to worry about too much about getting too dirty. 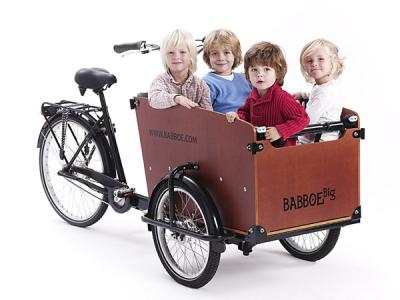 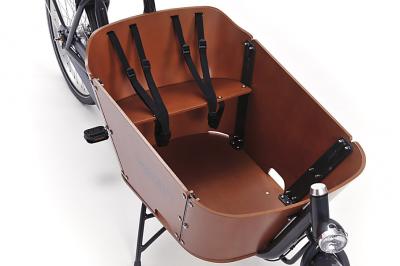 Bakfiets – A Dutch company with three different models to choose from: the CargoBike (the two-wheeler), the Cargo Trike (the three-wheeler) and the Cargo Light (a bike with a large bucket). You can get one of five different frame colors as well as in an ebike version. There are Shimano components and a variety of gear choices. 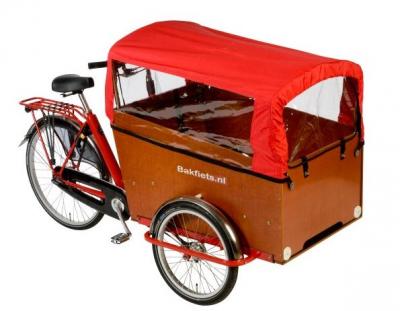 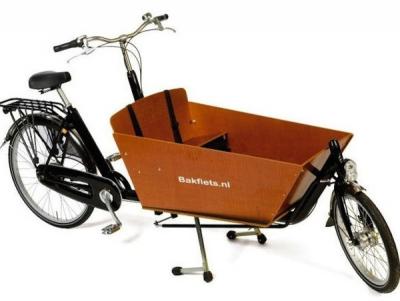 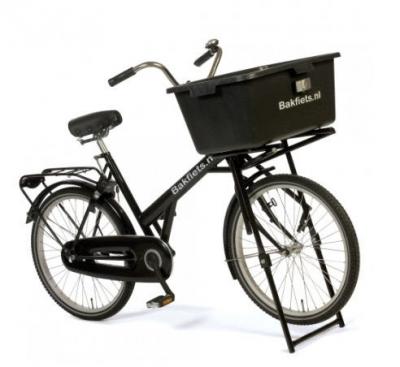 Christiania – This is a Danish company that makes trikes and in the Light version, offers very colorful box options (white, yellow, green, light blue, red and black). They are single speed and the handlebars are integrated into the bars that are connected to the back of the basket and the wheels are on the side so the control is a bit more integral. There are five different models with varying sizes of boxes, as well as an ebike option. 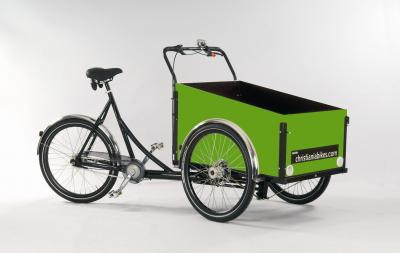 Madsen – Unlike the previous brands, Madsen decided to put their buckets on the back of the bike, extending the chassis to create a more stable center of gravity. These hipster-type cargo bikes come in pastel colors (blue, yellow and pink) as well as a matte black and have Sram X5 shifters and derallieurs. The wheel in the front looks like a 24-incher with a 20-incher on the back with disc brakes. There are also removable benches and seatbelts for the tykes you want to take along. 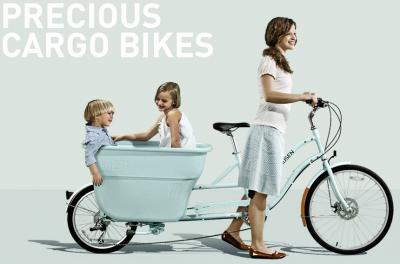 Microfiets – This brand out of Portland, Oregon offers cargo bikes built to order. What I find amazing is that you can get an 8, 10 or 11 speed cassette on the back. Because it’s a made to order, you’ll be looking at an 8-12 week waiting period for your bike. It comes in one of six colors (black pearl, pink, true blue, generally orange, tractor green and feather grey) and there are some nice extras you can pick up for your ride like a rain cover or a shade cover for the sleigh box (which looks like a large firewood bin). It’s got nice old skool detailing like the seat, which you can option out to get a Brooks saddle and handlebars with a slight sweep, something between handlebars from a mountain bike and a cruiser. It comes standard with Avid ball bearing brakes. 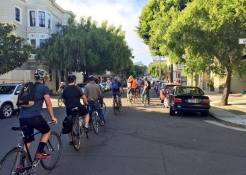