JB Brooks & Co. became known and respected for its beautiful leather handcrafted saddles, and soon started to make cycle and motorcycle bags and other accessories.
Traditional techniques in manufacturing leather saddles were passed down from generation to generation of craftsmen as the company grew under the guidance of the Brooks family until 1958.

In 1962 Brooks became part of Raleigh and moved to the current works in Smethwick in the West Midlands, just a few miles away from the original premises.
In the last decade, we have struck out on our own again as Brooks England, following a new course that honours the company’s heritage. Inspired by the timeless products designed by our predecessors, we have revived the original slogan ‘Saddles, Bags, Etc’ and introduced a range of cycle bags and other cycling accessories.

Brooks England is steeped in history, a prestige brand that boasts almost 150 years of tradition and expertise. But quality and style never age. Do come in and take a seat.

Brooks is known for their saddles.

Today we’re looking at the MT21 Multi-Tool from Brooks.

Brooks is known for their high-quality leather... 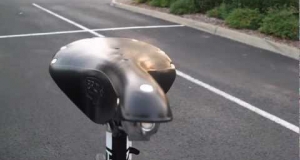 [editor's note: The Brooks B17 Saddle is truly worth it. I used this saddle on a cross country trip in the US from Vermont to Washington State, and have insisted it be on every bike I...